an explanation, a complaint, a warning and four films

if you have been wondering where i have been and why i have stopped writing i think i owe you guys an explanation. it seems that what i put down on this blog is too often taken too seriously and often in a way that don’t intend it to be. this is causing many close friends and relatives to be rather wary of me. naturally. i must have been an idiot to think that they would not read this. and trying to explain things to them is a pointless exercise. i do try and tell them these are just temporary rants felt on that particular day- but it is there, isn’t it- on the internet for anyone to find at anytime. so that has led to a censorship of my thoughts on the blog. i cant clearly say what i mean here and have therefore preferred to keep quiet. it bores me to pretend here. this is not my stage for that kind of performance- it demands a different form of me that i am prepared to be. yet.

so the movie reviews can continue but not my unbridled anger at some other delicate issues that i shall continue only to make veiled references towards. more than a fear of reprisal it is just simply easier that way.

so to make up for lost time a few pet peeves. why do we exoticise the ‘strange so much? the ‘interesting’. it must be because we see everyday life as so boring that the odd is fascinating. unfortunately that also makes us make normal people exotic. character becomes caricature. the urge to be interesting obviates any empathy between us and the object them. in the cinema city project that is something that i think we have to try to avoid. though admittedly it seems extremely different when everything we encounter is so darn ‘interesting’.

i have to remind myself of that photograph of myself performing for sonals camera in my room when i was a teen- pretending to be a rock star on the wall to remember that we all perform constantly perpetually – either for ourselves or for what we imagine as the others gaze. in which case we are all strange- and interesting. but the more on the cinema city project later. i shall upload the brief. the presentation meanwhile a few days back at majlis was fascinating with kaushik, us, the tambu cinema kids and hansa presenting the twin vastly different timelines of renu and kamal swarup.

shall i now get on with the films that i saw over the past few weeks. ‘the drummer’ is up first. supposedly a favorite at sundance and it did nothing at all for us. a mixture of genre films told a plodding story of a son of a gangster on the run who finds himself and salvation through the mysticism of zen drummers in taiwan. so you can pretty much imagine the rest. some neon lit hongkong to landscape shots of taiwan to music film clichés to some martial arts for chineseness.

‘jagte raho’ became part of the cinema city presentation when the space of the endless apartment building where raj kapoor tries to find water and escape his pursuers reminded me of tati and archizooms take on the endless grid of modernism or the perpetual loss of identity in the city. i could have done without the moral of the story that condemns women to the seva of the pati and salvation through the problematic image that combines woman/nature/tradition. highly conservative- i thought- in spite of the beautiful ‘jago mohan pyare’

‘milk’ is the only hollywood film of the bunch and i think the best film of the set. in spite of the trapping of the fairly conventional biopic that makes the protagonist into a superhero sean penn the story real and palpable through the love stories, the friendships and the sorrow. all the performances were fantastic. so much better slumdog which we seem to have claimed somehow as an indian film.

‘no smoking’ has been so highly recommended and condemned by people that to react to it purley as a film became very difficult. as the film progressed is spent more time thinking about what he was trying to do and how clever he thought he was rather than being involved in anything the film had to do at any other level. it seemed like it was merely trying to appear smart. the ‘cool’ tale about the soul of man cleansed with his addiction as he becomes shallow was a little adolescent. the rest of the film tried to make this observation profound through too-clever references most of which i will admit that i did not get or care to get. as a bad of tricks i guess it was fun but i hoped for more ‘soul’ for the lack of a better word at my fingertips right now. and as a cinema city aside what is one to make of the space in the city where baba bengali runs his labyrinth of atrocities. somewhere in a slum way below the ground in perpetual darkness. is this the way in which the new avant garde film maker imagines the slum- a chamber of horrors? or am i being anal and need to chill?
Posted by Anarchytect at 4:48 pm 4 comments:

it has been madness this week as i have been scrambling around trying to make sense of my parallel processed life. from rushing to mhada and offering opinions on the bidders for dharavi’s plans for it (the school is on the advisory committee to the state), to the school and its madnesses- visitors from out of town, juries, meetings, parents of defaulting kids, to the work i am doing with rupali that took us ot pune- to family functions like yesterday's sangeet on a beach bungalow at versova where we meet again- cousins that do only rarely and that too only when we are all relatively well dressed. this one was was chinmaya and tejal and turns out to be first of a series of three events. and as it turns out i am soon going to be related to one of my ex-students- kaushik is a cousin of tejal who is marrying chinmaya my cousin.
Posted by Anarchytect at 8:22 am 1 comment:

luck by chance and some music

can i raise a tiny voice of protest in the din of all who proclaim a r rahman as the maestro / genius ever since he has himself an oscar nomination for a film whose music decidedly ordinary? the best song on it was not written by him. 'paper planes' is all M I A. the 'dilli 6' or even the 'jaane tu..' or 'yuvraaj' had few pieces of genuine fun but nothing as good as the fabulous 'dostana' soundtrack by vishal shekhar or even 'baaware' and 'sapnon se bhare naina' from 'luck by chance' by shankar ehsaan loy. besides when rahman sings he is not a patch on shankar.
i loved konkona sen in luck by chance and hritik roshan , farhan akhtar, dimple kapadia, rishi kapoor and even isha sharvani. the film was slick and was warm towards the characters who were all filmy cliches. the story was pretty predictable- but we did want farhan to make it big and konkona to be happy.
and since i started this post speaking about new music maybe a quick music update- electro pop rock like 'tv on the radio's 'dear science'; mgmt 'oracular spectacular'; the 'dev d' soundtrack; high places; hot chip and most of all the fabulous madness of the animal collective and their new album 'merriweather post pavillion'
Posted by Anarchytect at 5:56 am 1 comment:

dev d . the president is coming

mercifully the moping around in the second half is less than most of the other versions of the story- but is still enough to drag the film down. otherwise it is terrific fun. not so clever and stylised that you don’t care what happens to the characters, you do actually fall in love with paro and lust after chandramukhi, and feel a little – just a little bit- sorry for dev as he indulges in his narcissism. but it is the women who steal the show- and the mad music- ans some of the conemporary twists to the story including an mms scandal and teenage sex.
the night before we saw ‘the president is coming’ where konkona sen and three good gags is the english theater play.
Posted by Anarchytect at 6:25 am No comments: 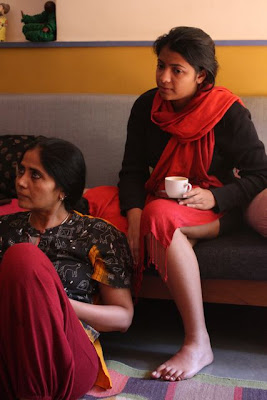 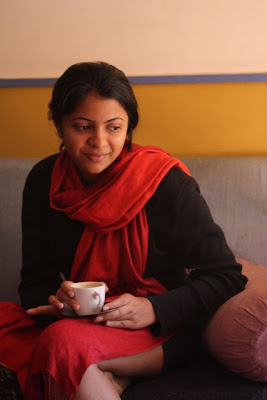 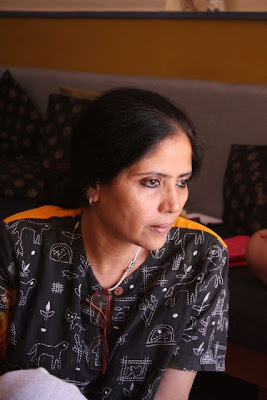 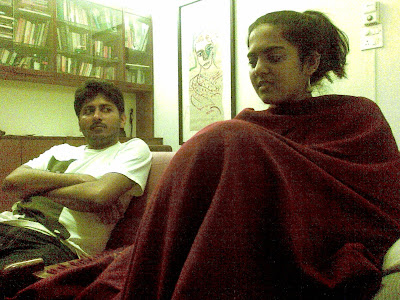