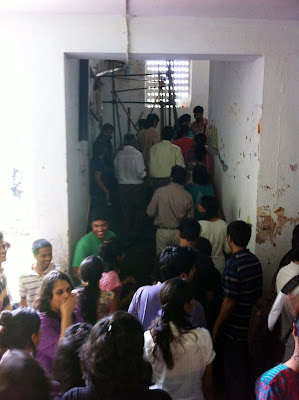 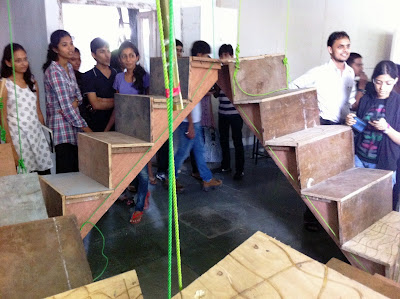 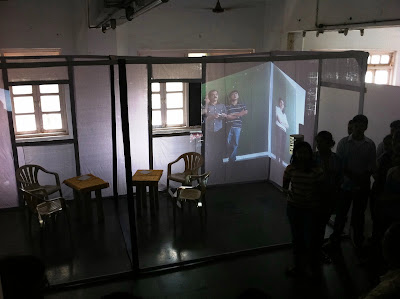 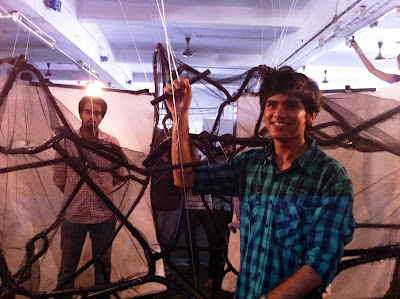 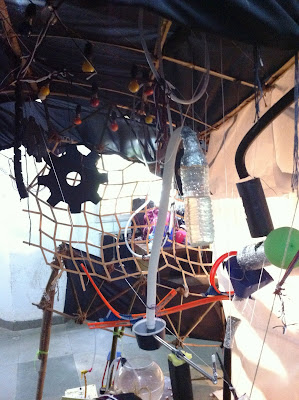 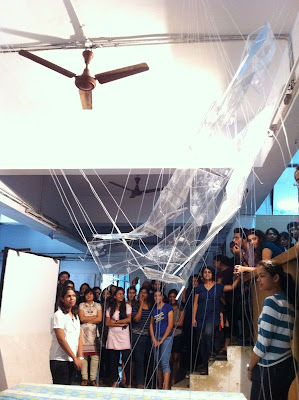 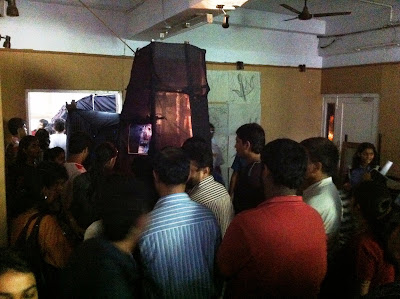 Posted by Anarchytect at 7:26 am 2 comments: 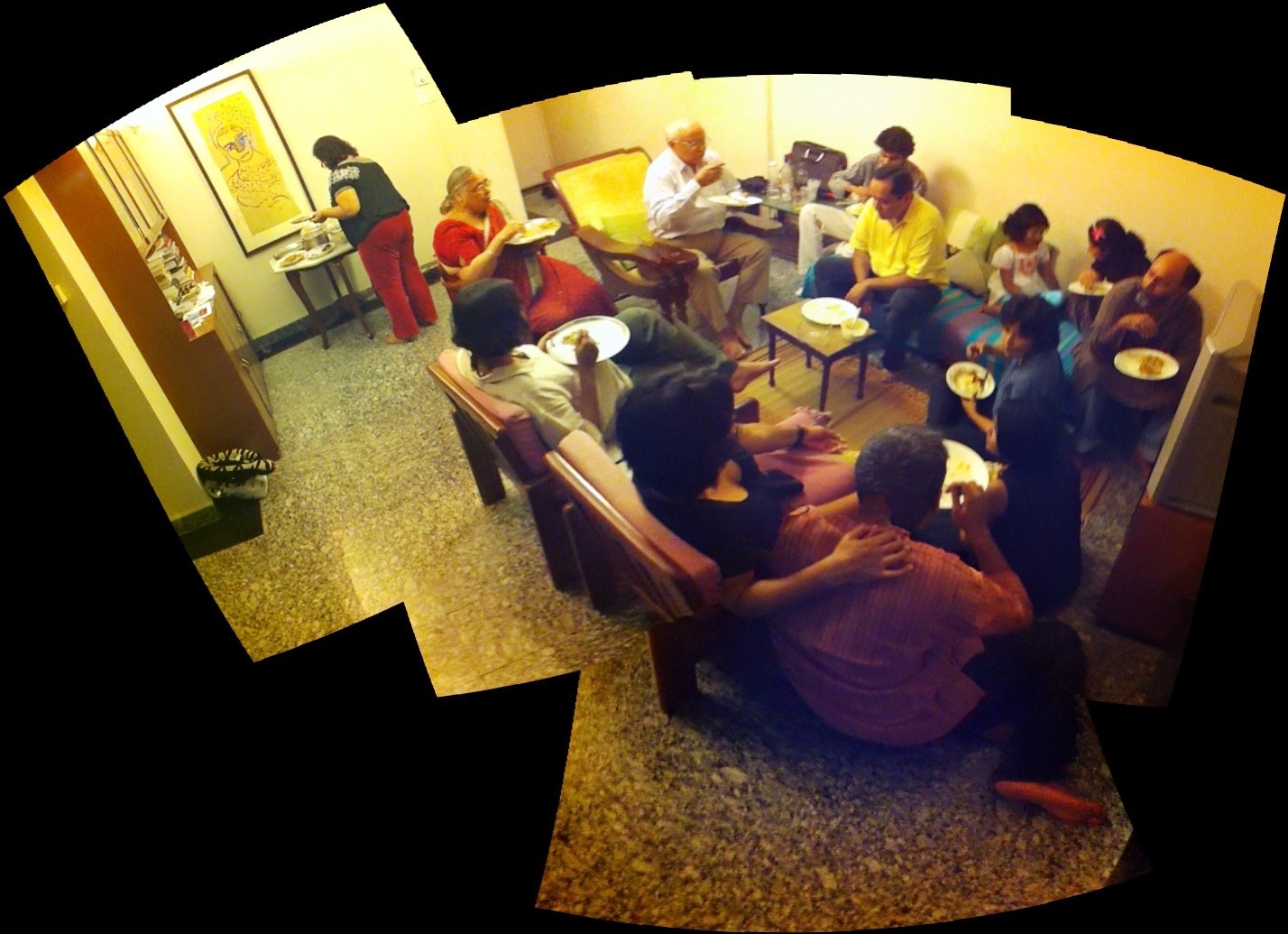 Posted by Anarchytect at 9:29 am 2 comments:

the pleasure of riding wild in an open back truck with your friends screaming and shouting to drumbeats; the cloudy sky, the intermittent rain, the mud caked on your t-shirt and shorts- a uniform in red, yellow, white and of course saffron. testosterone reeking in the air as the women wait on the truck waiting for the men to return. the men meanwhile form a mad throng of people- a sea from where human pyramids rise and fall in competition. winners are announced over the blaring microphone. and gifts of money by local goons and politicians are passed around. meanwhile, the big prize hangs high above with a garland and an indian flag, hung from a crane.
the ground is the leftover of a slum that was moved onto the rehab building that forms the backdrop for the pyramids; the sale component will take the place of the ground. its image stands tall against the silver boundary wall on the highway.'ambrosia' it is to be called. not 'dahi' for the govindas. 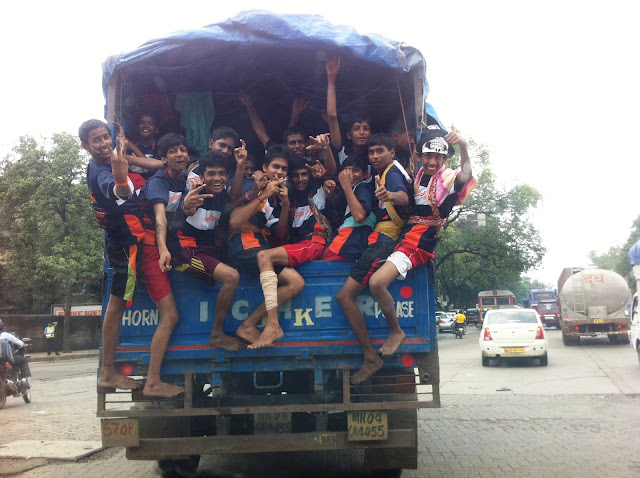 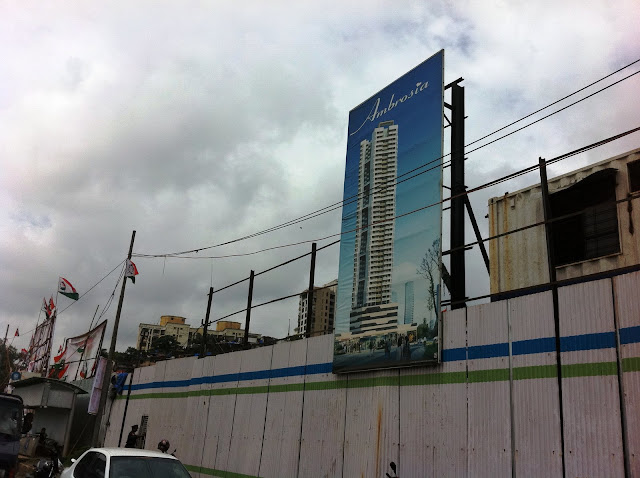 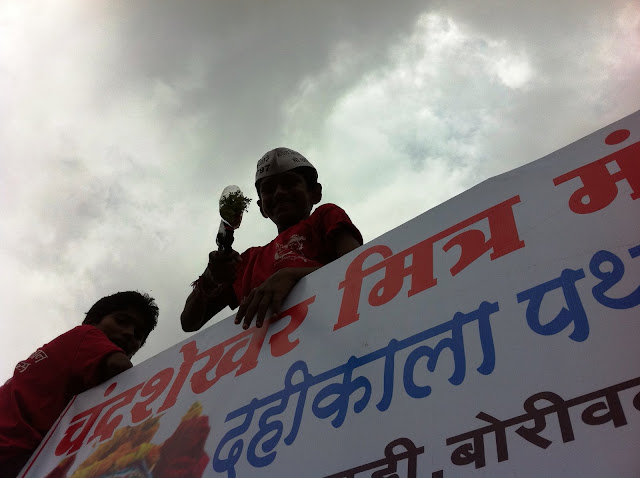 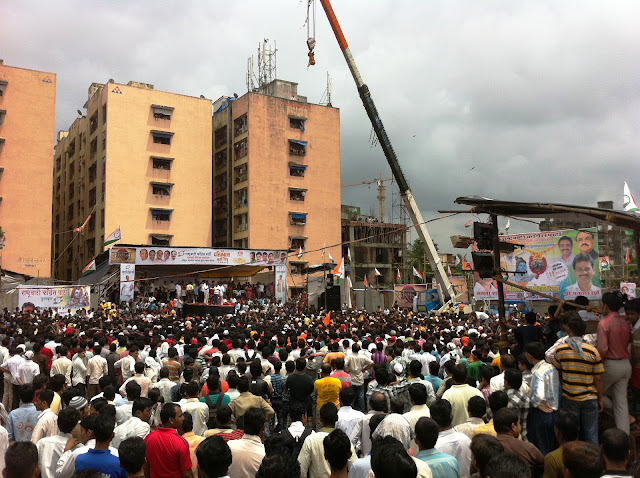 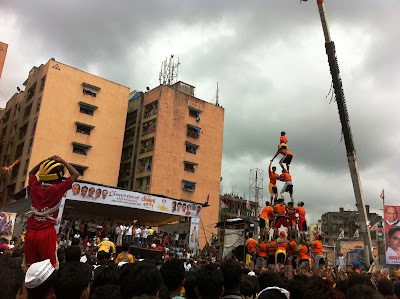 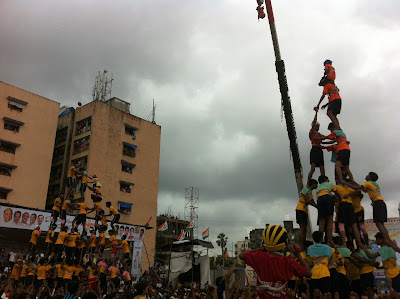 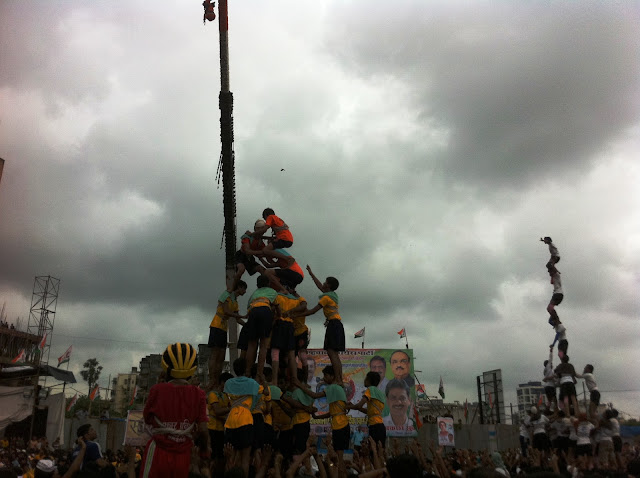 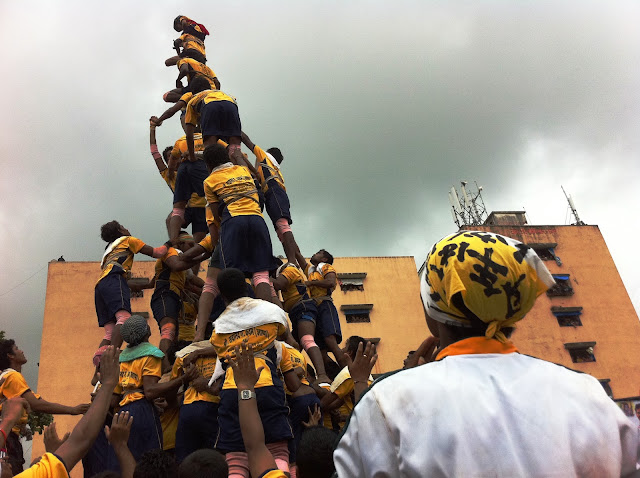 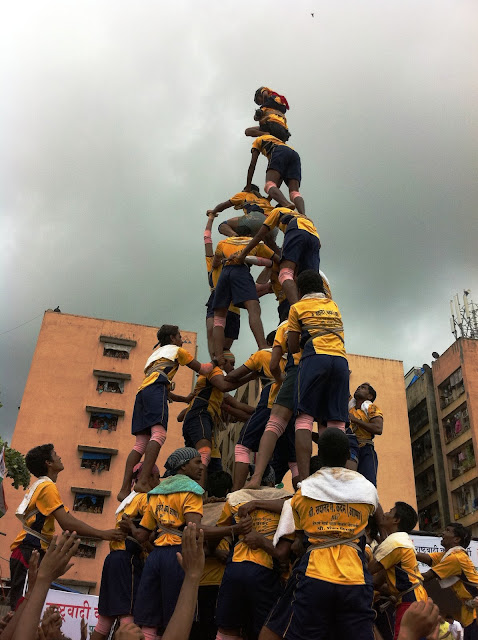 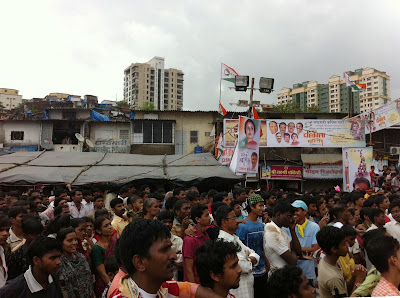 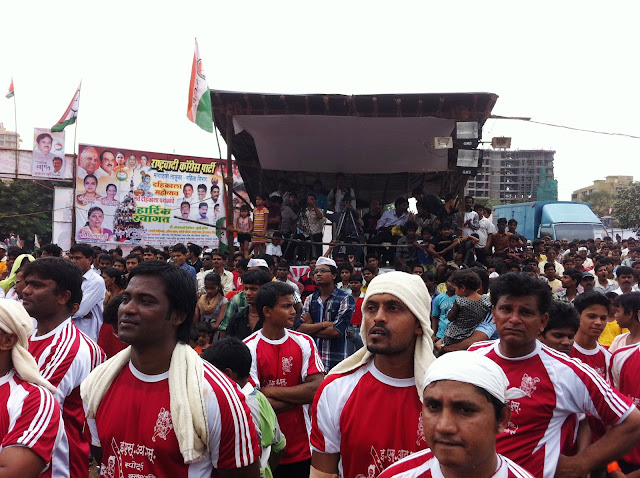 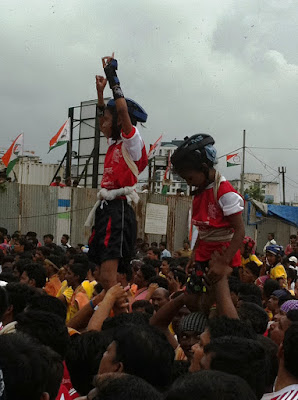 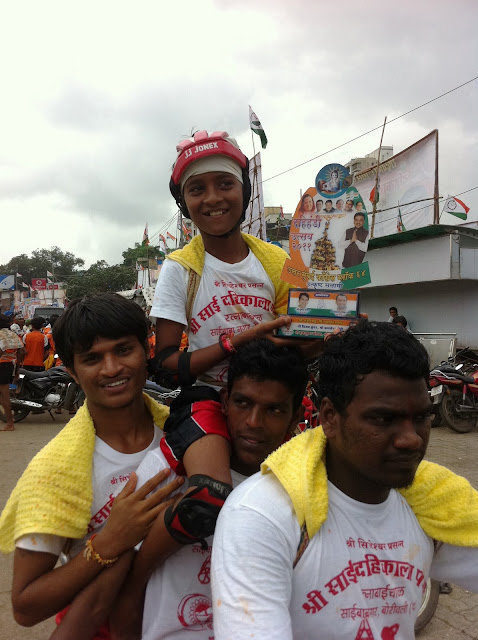 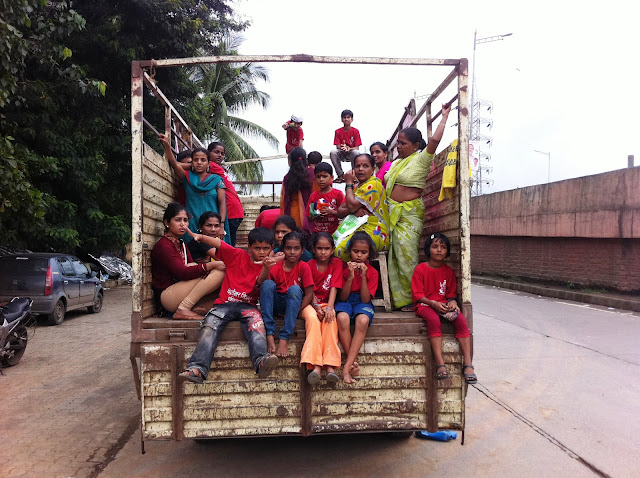 Posted by Anarchytect at 3:43 pm 3 comments: 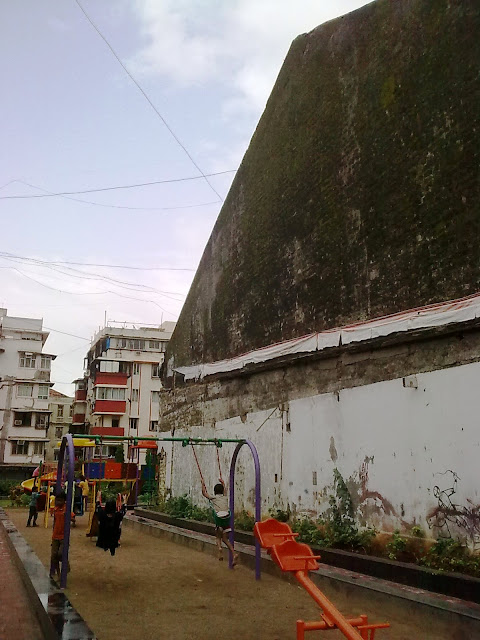 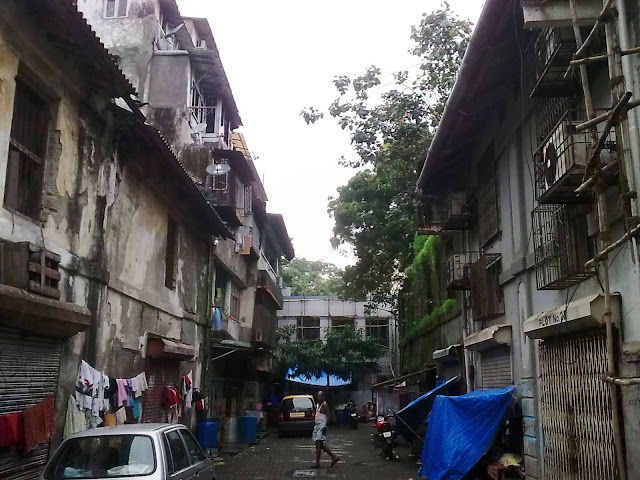 on a long, thin plot among the warehouses and factory sheds of the pasta lane near sassoon dock- a plot once being used by kailash parvat restaurant as their kitchen reverts back to being a children's park.
Posted by Anarchytect at 6:27 am No comments:

strand cinema: before and after 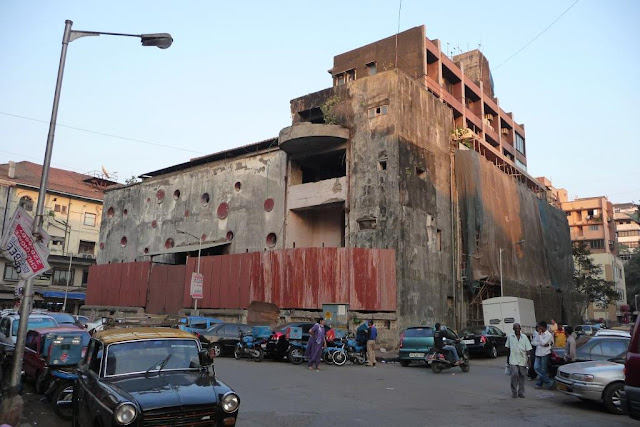 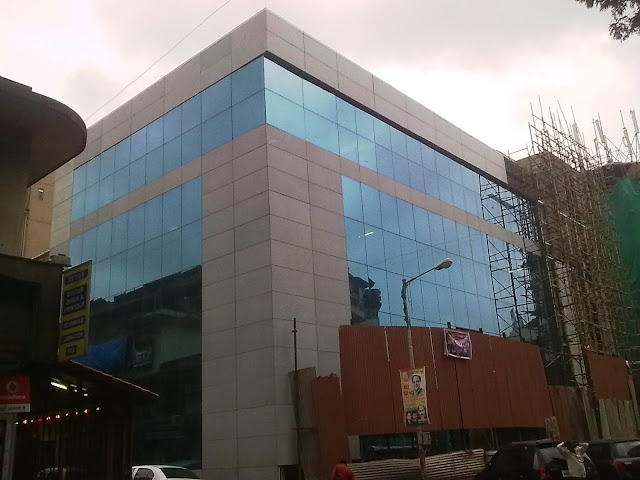 the once lovely strand cinema in colaba transforms into curtain wall anonymity. i remember the whimsical front facade with its circular openings. i stole a 'before' photo from the net.
Posted by Anarchytect at 6:24 am 1 comment:

meeting friends at the airport 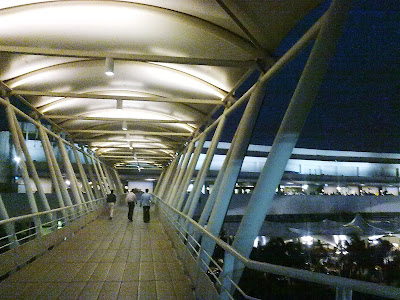 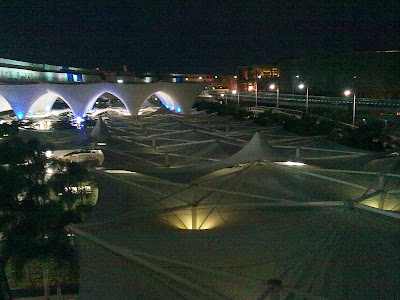 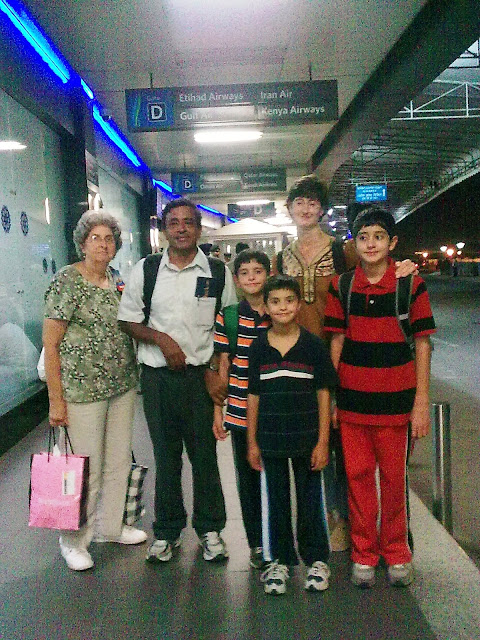 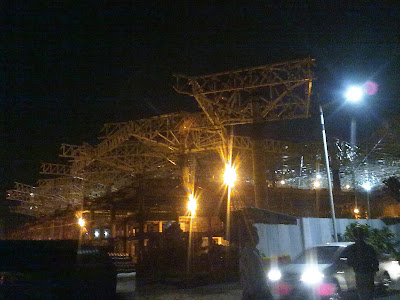 laurie, venu, nalin, roshan, kiran and lauries mother, on their way back to knoxville with the monstrous new airport being constructed in the background.
Posted by Anarchytect at 6:19 am No comments:

every minute updates are sent from around the city about burning and looting. twitter.
violence erupts in so many of the place-names we memorised and walked through in a city that seemed to my naive tourist eyes to be an agreeable multicultural mix of people.
'too good to be true', i thought to myself.
was i somehow denying the real meaning of the surveillance cameras at every street corner watching every single move that anyone makes- in case...
these turned out to be ludicrously ineffective when all it took for them to be defunct was a mask made out of a piece of cloth.
young men rebel- as they will / should?
i do not know enough to comment.
Posted by Anarchytect at 12:33 pm No comments: