terrific in its irreverent frivolity, ‘daisies’ was a blast. two girls decide to go ‘bad’ and dump hopeful elderly men as lovers, gaily destroy a well laid out feast and generally run around doing naughty things to the ‘establishment’. when it was made, it was a critique of the soviet iron hand over czechslovakia. today it rails against ‘the man’ using surrealist imagery and mad cap pop humour.

‘ajab prem ki gazab kahani’ is only redeemed by the prettiness of ranbir kapoor and the easy going nonchalance of katrina kaif. they salvage the nonsense around them that makes character speak loud and shrill when they have to be funny and a plot that no one bothers to make sense of.

liverpool is the stage of a coming of age documentary drama in ‘of time and the city’. using mostly found footage and gorgeous soundtrack and a reminiscing voiceover terence davies tells its story and his. he longs for the past like all of us watching cities transform into beings we no longer know. t is unashamedly sentimental and lovely to watch- but nowhere as brilliant a journey as guy maddin’s similar bittersweet paean to his hometown ‘ my winnipeg’.

after a week since seeing ‘neelkanth nirala’ on stage i am still ambivalent about it. at one level the same anxiety of loss – this time of language- as a classical form- i understand. after all don’t i also dramatically rue the complete illiteracy of coming generations. i could not wholeheartedly participate in this grieving for the loss of what has after all become the national language; nor could i get incensed by its reactionary tone (the devoted wife/ daughter)- given my own anger at similar posturing by the mns- but this time for marathi. the trope of suffering artist turning away from worldly fame and fortune has been seen before too many times and this play did not add much beyond. perhaps the theater as a space flattened the characters even more- but then there was the language itself. the cadences and rhythms, the over reaching metaphors whose ambitions and registers we are to embarrassed to speak in. the language was beautiful.

so stylized and precise it left me cold- ‘sharira’ where dancers from kalakshetra danced to live music by the gundecha brothers at the ncpa. fantastically mounted, the bodies of the dancers stood still and moved slowly through incredible postures in excruciating slow motion. the eroticism only exploded once in a while when their humanity- impatience, irreverence, anger- were allowed to break through the stone like perfection of the movements. the music filling the room was beautiful.

Posted by Anarchytect at 5:35 pm 2 comments:

new phone photos / The Man's Woman and Other Stories. eccentricities of a blonde girl . gigante 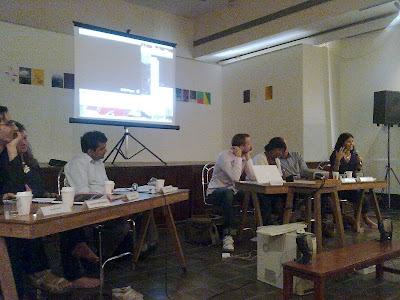 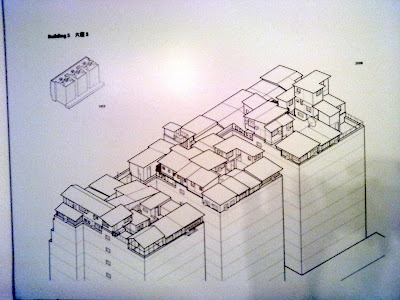 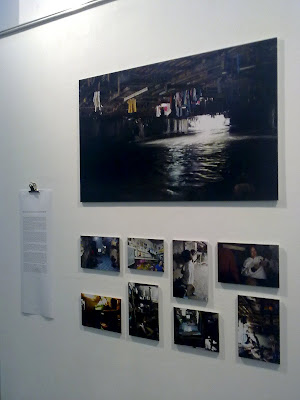 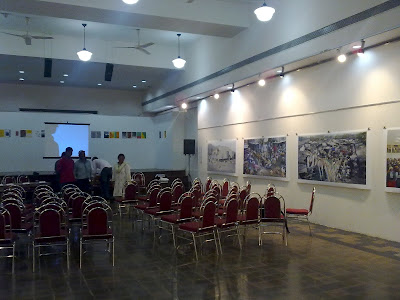 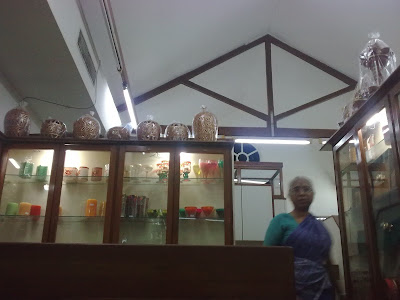 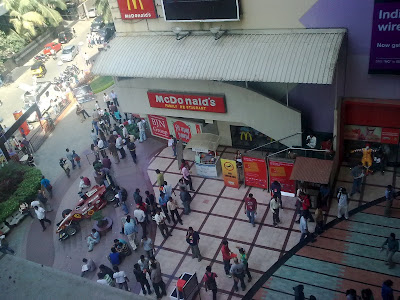 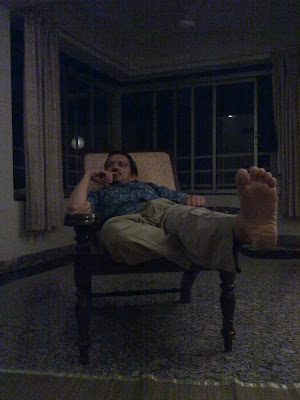 amit dutta's new film 'The Man's Woman and Other Stories. was, like 'gandha', structured around three short stories. the stories though were much better than the ones in 'gandha' and the film making also way more ambitious. self consciously formal and carefully constructed, the highly stylised film made profundity of every single moment with super wide angle shots, slow pans and tracking shots and sudden cuts, until everything was weighed down by a gravitas that made you feel like there was more that was beyond your own meager understanding. 'eccentricities of a blonde girl' by manoel de olivera made nothing out of another short story about a love affair between a girl in a balcony and the accountant who stares at her from across the street. tedious. i am a little tired of these low budget love stories that are steeped in the everyday lives of marginal characters. in 'gigante' the love affair is between a shy, huge security guard and a clean woman in a mall. he falls in love with her over a surveillance camera and stalks her until they finally meet at the end on a beach.
Posted by Anarchytect at 5:30 am 1 comment:

on saturday with photographs and videos that ranged from the rooftop shanties in hong kong to a housing colony below a bridge in manila discussion at the ‘informal cities’ revolved around the role and responsibility of the artists as ‘voice for the oppressed’. often, as it was destined to be, aesthetic questions kept jostling for space against the sloganeering.

at mami on sunday we started off with ‘gandha’ a marathi film with three episodes about the sense of smell. while the first was charmingly over the top when a typist in a college falls in love with the smell of agarbattis from a student, milind soman and sonali kulkarni in the second episode where he is hiv positive and smells of medicines was too soap opera for me. in the third episode neena kulkarni sits aside in ‘that time of the month’ and listens and smells the birth of a child in a house in rural maharashtra.

speaking of the sanctity of good intentions standing in for any aesthetic ambition; ‘soundtrack for a revolution’ intercut history channel footage about the civil rights movement with the ‘we shall overcome’ style chants of the protestors. in between these talking heads gave us struggle stories that we have heard too many times before and contemporary r&b singers like wyclef jean, the roots and joss stone sang updated versions of the songs. not nice in spite of the incredible voices.

in michael winterbottom’s ‘genoa’ way finding in the labyrinth of the medieval italian city becomes an allegory for the process of healing after the death of a family member. two lovely girls and their father played by colin firth spend a summer in the city of narrow lanes between tall buildings where every street looks the same.

the gritty realism of many new european films i am seeing nowadays focuses on the lives of the those living on the edge of the mainstream. in ‘la pivellana’s case it is a group of circus performers living in mobile homes surrounded by animals. shot in that grainy hand-held way that all these films are, the plot concerns a little girl abandoned by her mother who is found by a family and raised for a few months. everyone in the film is invariably and tryingly sweet and caring despite the relentlessly bleak surroundings.

yesterday we saw two films, starting off with steven soderberg’s terrific ‘ the girlfriend experience’. unclassifiable in any genre- somewhere between reality television and fiction (as if there is such a difference) the film follows a high end escort in new york as she navigates her life between her live in boyfriend, her many clients and her image as projected on the internet.

after a few drinks are ‘firangi paani’ the estonian film ‘blank robbery’ looked really tacky. grainy as hell, the story did not make watching the film any easier. some conman comes out of jail and fails at trying to come clean when his nephew forces him to rob a bank with him.

Posted by Anarchytect at 7:22 am No comments: