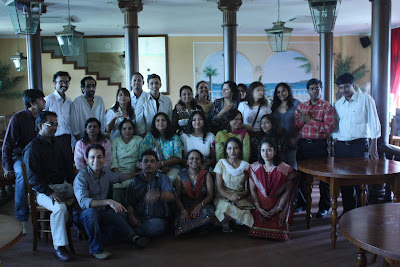 this sunday 15 years after leaving college we meet again in a room overlooking the cricket lawns of the mumbai cricket association in bandra kurla complex. people i had not met for years- strangely familiar though i doubt i would have recognized them if i had seen them in a restaurant..
Posted by Anarchytect at 4:17 am No comments:

accidental deaths that mirror each other across turkey and germany make strangers into friends in fatih akin’s ‘the edge of heaven’. in an earlier film ‘head on’ a jealous rage leads to another killing- this time making a marriage of convenience into something like love. istanbul in both films is a city of labyrinth like streets where some escape from their disjointed existence in germany while others come to die. in ‘the edge of heaven’ a son escapes from the embarrassment of his father’s murder of a prostitute and tries to find salvation through saving his daughter, while she herself in running from the law to germany where she falls in love with a lovely generous white girl. in ‘head on’ a marriage is arranged between a girl trying to get out of her family and a man who cant care less whether he lives and dies.

district 9 blew my mind away. pretending to be pseudo-documentary on the sudden appearance of a wrecked spaceship above johannesburg the film follows a systematic process of cleansing of their colony – district 9- when suddenly he pure white blood is contaminated. more about race relations than a typical alien film it does however end with a great big mash up- shootouts, chase sequences, explosions and a hollywood salvation through self sacrifice- could have done without that- but the first half is just brilliant. the great shock is when we realize that we actually identify with the non-cute et but rather ugly frightening prawn like aliens. it screws with our presumptions.

the tv documentary ‘fabulous’ followed American queer cinema through some iconic films. informative enough, like a chronological check list- from something called fireworks through to brokeback mountain with ‘bound’, gus van sant’ and john waters along the way. the films are naturally the ones most explicitly ‘gay’ . i wonder whether ‘beau travail’ would have made the list. based on a Hermann melville story and a benjamin britten opera ‘billy budd’ the action takes place in french africa in a group of legionnaires. strong young men wrestle with each other in the desolate beauty of the desert as jealousy raises its ugly head. the passions are all very controlled and rarely find any sense of release except in the strenuous physical exercises on the beach and the frenzied dancing that breaks out at certain times.

the more conventional gay love story was ‘i cant think straight’- a coming out inter racial story set in Jordan and London between a Jordanian free spirit who is curiously closeted and a nice Hindu girl who is more at ease with herself. in an otherwise very passable and yet somehow enjoyable film Lisa ray is absolutely stunning. i couldn’t take my eyes off her. didn’t know she could act too.

more difficult love stories in romantic comedies- this one between a blind white boy and a Indian girl- ‘blind dating’. fluffy fun- but does confirm the fact that a nice white boy who grew up to be captain Kirk really needs to be blind to fall in love with a brown girl.

why are Marathi films so moral? and badly made? ‘kadachit’ the story was fine and so was the acting. ashwini bhave plays a gutsy doctor who loses it when she confronts the truth about the dad she put away for murder. she only manages to get her act together again when she is told another lie. to its credit the film did not try to resolve things with a happy ending where everyone lives happily ever after. the father walks away alone into the sunset, but it could have been made less like a tv soap, i think.

not as weird as the nightmare before christmas but coraline’s frighteningly sweet alternative world of a mother and father with buttons for eyes is pretty spooky. an alice in wonderland story with a cat that speaks, fancy french performing mice and couple of british actresses who are terrific at the trapeze. ‘bolt’ was sweeter. a dog lives a truman show existence until one day he is lost and discovers the real him on a road trip from new york to los angeles. his company is a wise cracking cat and a hamster in a globe. the in-jokes are thankfully not too many making it easily less offensive than lets say ‘a sharks tale’. really quite a lot of fun and towards the end i felt really bad about the cats out on the terrace that we have decided not to feed anymore.

i did not particularly care to ‘get’ but still enjoyed the images of hans richters experimental 8x8 a chess sonata’. 8 episode feature different guest artists and some surreal games in streets and in gardens. the sequence in alexander calders studio is beautiful and so is much of the other imagery.

yi yi . black cat white cat . my winnipeg . berlin: symphony of a great city . 9. the golem . up the yangste . dazed and confused . wendy and lucy

a long winded drama about the middle class in taipei, yi yi( a one and a two) spent too long developing stories that didn’t finally lead up to much- some weddings, some insecurities, old girlfriends. not that the dreariness of the everyday was the problem (if only); the film stayed precariously close to becoming a tv soap and finally descended into the pit when the cute kid reads a letter full of profundity to his dead grandmother at her funeral.

'black cat white cat' is set in some strange world completely out of control. a crime film and romantic comedy of double crossing gangsters trying to get their tiny sisters married and sweet faced lovers whose parents are more than willing to sell them off to the highest bidder. the speed by which things happen and complete randomness of it all reminded me somewhat of sankat city- which also i loved.

‘my winnipeg’ is a love poem for the city in which guy maddin spent his entire life. he wants to get out of there but finds it impossible as people keep falling asleep. in faux silent cinema black and white expressionism intercut with pseudo (?) documentary newsreel footage as he hires the house he grew up in and populates them with actors to play the parts of his mother and siblings,, the stories grow out of a free flowing inventive mix of fact and fiction- as when a fire in stable sends the horses racing into the freezing river and their heads frozen in gruesome screams of death become props for romantic walks for winnipeggers. when he decries the demolition of the older buildings of his history he does it without trying to put on an objective face. instead he hurls invective at all the atrocities committed on the city in the name of progress.

an early city film ‘berlin- a symphony of a great city’ made between the wars is in love with modernity. the working day, children going to school, the cultural pleasures of the city and above all the obsession with time. trains rush through the landscapes, clocks move in synchronization with the citizens. speed and germanic precision across the classes- man and machine are one. this love-hate relationship has been seen too many times by the time we get to ‘9’. in a future after the great man-machine war when the world is completely destroyed 9 “stitchpunks” take on the evil smoke spewing multi tentacled b.r.a.i.n. the visualizations are jaw-droppingly beautiful but after the first half when the narrative begins to show its formulaic one dimensionality you cant help but be disappointed. machines are evil and in the end we are saved by the “soul” of one man. this regressive nonsense is further aggravated in my imagination when the only space of safety in the shattered city are a gothic cathedral and a neo-classical villa. the end sequence with mystical rituals and souls rising to heaven in glowing green spirals managed to seal my opinion on this one.

‘the golem’ a silent film from 1915 plays with the same ideas- a frankenstein like character is created through a mixture of science and religion to save the ghetto from being demolished. the golem turns evil towards the end and is only destroyed by an innocent gesture by a young girl- but not before he has caused some serious mayhem and murder. over the top light and shadow expressionism makes gothic horror as lovers preen, wizards cast frightening spells, and the history of the jews is told as a film within the film to the heartless king.

now that i think about it, it is a strange coincidence that both the b.r.a.i.n. of ‘9’ and the golem are given life by plugging a strange mystical medallion into their chests- and their deaths are associated with its removal.

in ‘up the yangtse’ through a canadian chinese lens we experience the heartbreak of losing your history below the relentlessly rising water of the three gorges dam. the farewell cruise carries foreigners over the silver grey still surface of the river and stories are told to them of the cities that are going to be no more by young chinese men and women who don on american names and speak americanese for tips. the scale is astounding. jia zhang ke’s ‘still life’ took the same situation and turned it into a melancholy science fiction film. in this film we are introduced to two kids of differing backgrounds who are interning upon the farewell cruise.

a couple of american films to end this post. ‘dazed and confused’ is richard linklater’s classic 70’s slacker film that follows a group of young men and women through the medieval rituals of the last day of school. the film checklists the types, speaks very cleverly, plays a lot of 70s rock and still manages to make more out of the genre film that expected.

‘wendy and lucy’ takes all this suburban disenchantment and turns it into a sad sweet story about a girl and her dog living on the very edge of poverty. on her way to alaska the car breaks down and she is caught shoplifting. then the dog disappears. she wanders through the still decrepit small town in oregon looking for lucy and finding her lets her go. 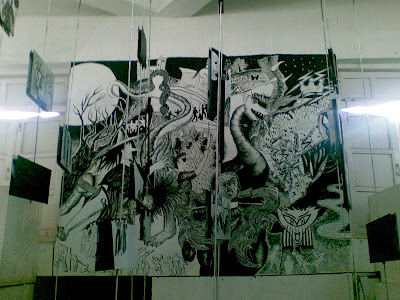 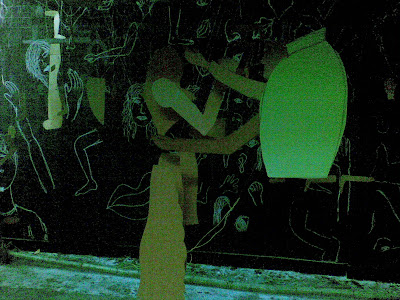 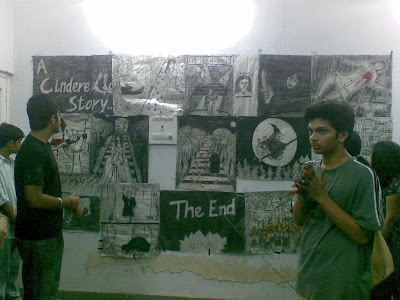 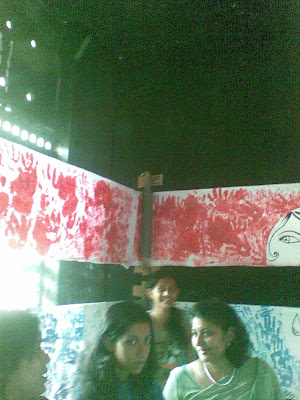 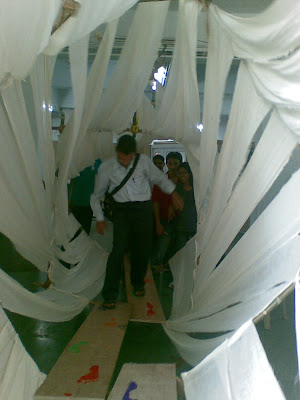 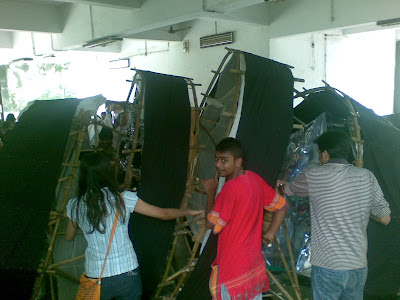 the first year workshop came to an end yesterday
Posted by Anarchytect at 5:27 am 2 comments:

some more photographs of the past few days.
the first year workshop is writing alternate fairy tales. the kids still dont know what hit them. i think. 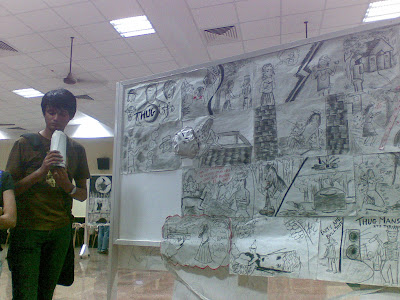 the dutch-indian architect matchmaking session went off entertainingly. so we spoke of the low income housing work and wondered how the international connection can work to both our advantages. some talk of 'space' other talk of 'networks'. 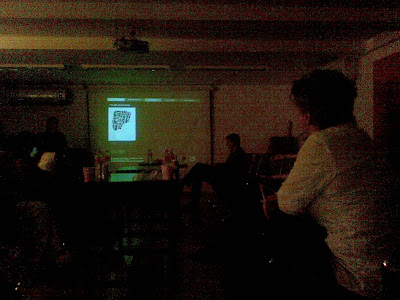 and today, after a long time- kanheri. still as lovely. 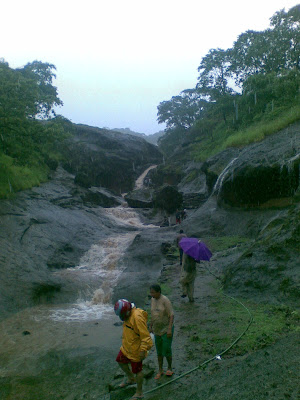 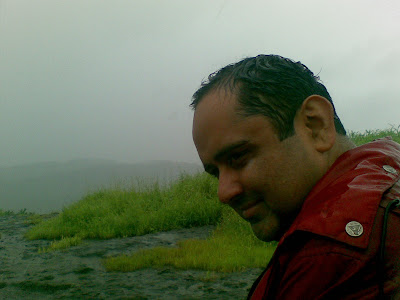 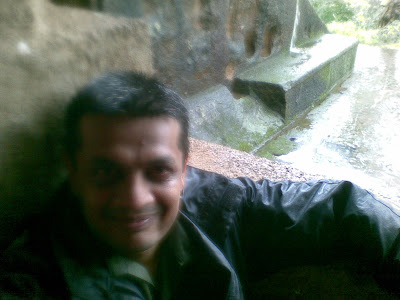 Posted by Anarchytect at 5:10 pm 2 comments: 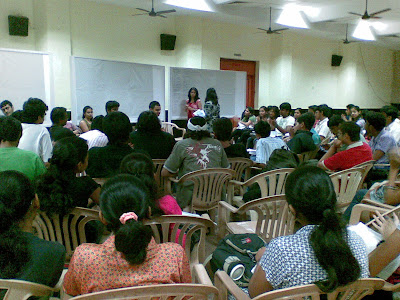 Posted by Anarchytect at 7:11 am 9 comments: